Five Stories you really Ought to Know

The series “Five Stories You Really Ought to Know” (“Galatea”, “Scheherazade”, “Orpheus”, “Prometheus”, and “Shiva”) is an exploration of commonalities and contrast using archetypal narratives and themes. The paintings were created using imagery appropriated from art history around the world and have been compiled in one selection so that comparisons may be drawn between them as well as between the fragments within them.

As a group, the pieces were composed to highlight the similarities and differences between the elements. For example the repeated size and shape of the canvas is a method to limit the interference of the format. The square creates a stable and familiar ground to showcase complex figures. The size was chosen to be easily accessible; the canvases are large enough to create an impact but small enough to avoid becoming purely about the scale.

The individual paintings are named after famous characters that echo the interior archetype referenced. Each name should be considered as additional appropriation rather than an indicator of specific narrative meaning.

Within the paintings, elements were selected due to thematic relation and their differences in execution and content. Once chosen, the elements were used as puzzle pieces to create compositions that were visually dynamic. 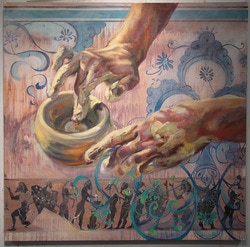 “Galatea” is meant to reference bringing life to the lifeless. Originally a statue created by Pygmalion, Galatea was brought to life when Pygmalion begged Venus to create him a lover as beautiful as his sculpture. Giving life to the lifeless is the primary goals of many artists and for this piece ceramics became the best medium to convey that impulse. 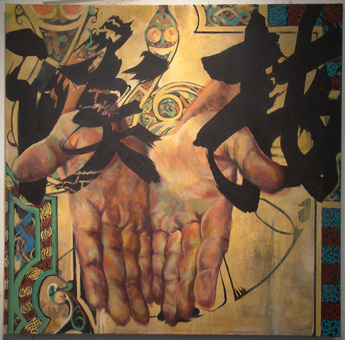 “Scheherazade” represents the ability of words and symbols to evoke the intangible. In Arabic myth, Scheherazade is the woman who postponed her execution through the stories she would tell night by night. The power of the worlds her words created swayed the king holding her captive to eventually spare her life permanently and marry her. I chose different types of text as my reference pool for this painting to showcase how different cultures around the world use them to tell stories. 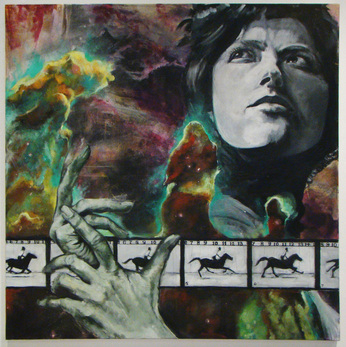 Prometheus is the man of Greek myth who stole the original flame from the gods. The myth of Prometheus represents mans insatiable appetite for the bold and the new, fighting what was previous held as immutable. Photography was chosen as a reference pool for this painting because it represents a bold shift in art history and has been instrumental in modernizing the world. 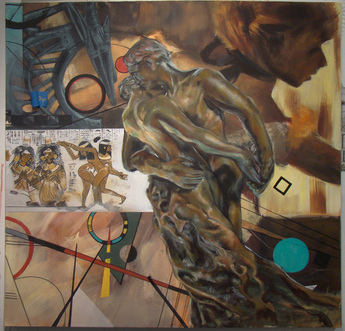 The Orpheus myth is the story of a man who used his legendary musical talents to convince the lord of the underworld to revive his wife from the dead. The myth represents the ability of the art’s to inspire and influence. The fragments of this painting are drawn from different sources, times and cultures, but have all been inspired by music. 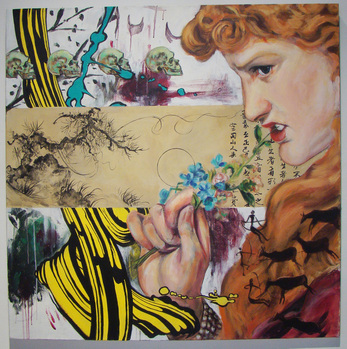 “Shiva” Is an exploration of the destruction archetype. In the original mythos, Shiva is the deity in Indian mythology who causes destruction and, consequently, rebirth. Painting became the reference pool for this piece due to its classical process involving aspects of creating and destroying the surface in search of a final image. 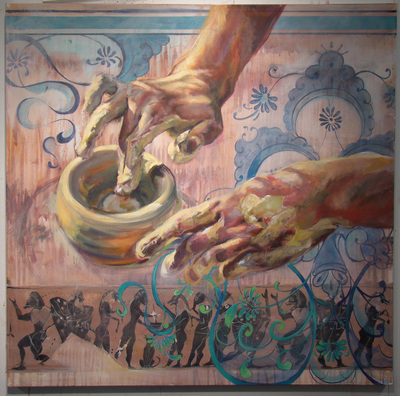 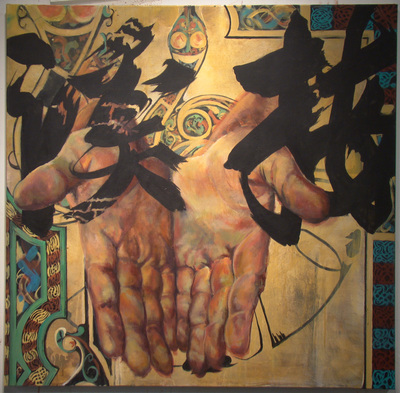 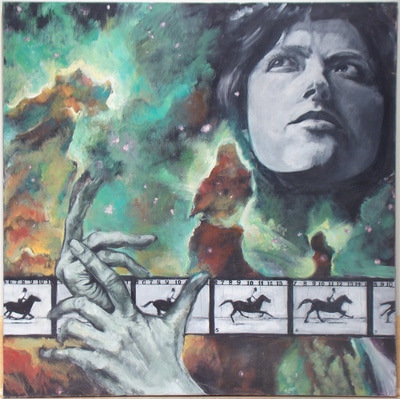 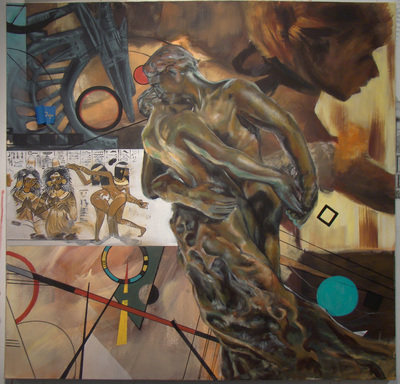 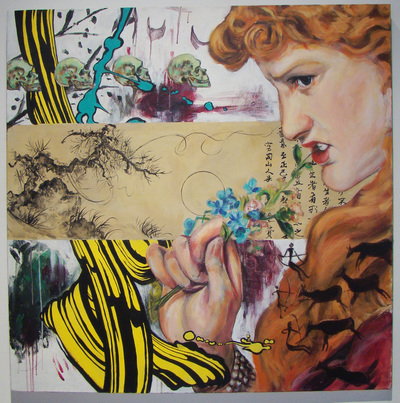 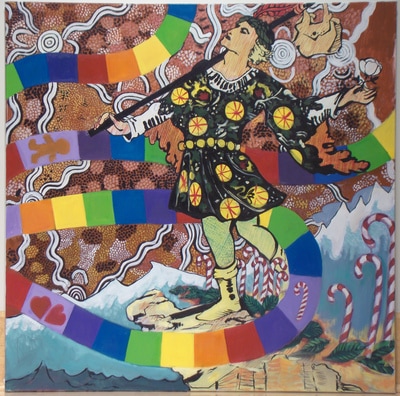 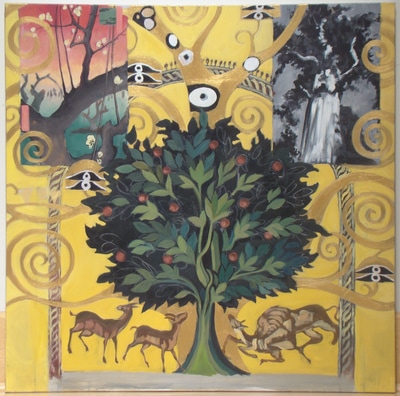 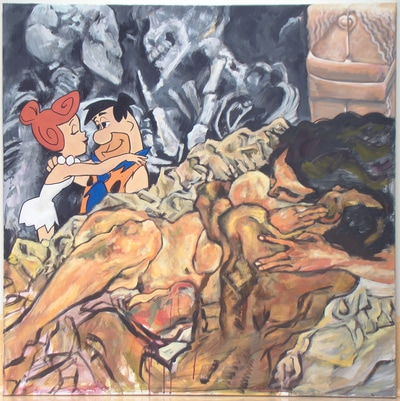 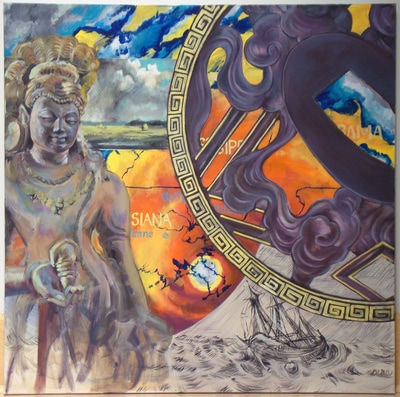